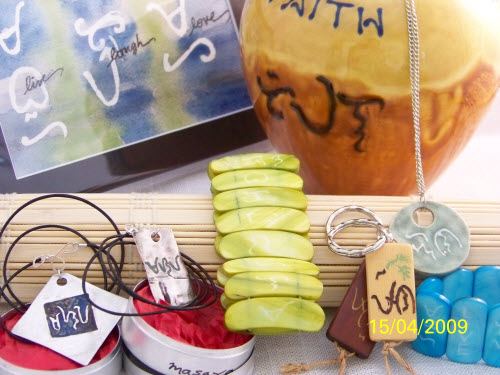 Christian Cabuay
How and when did get started with Baybayin?

Christine Balza
My father was in the US AirForce, we had been stationed at Clark AFB in 1976-79 where I attended Lily Hill Jr High on the base. We studied Filipino Culture and aside from the general information we were introduced to ancient history. Including a brief description on our ancient script, Baybayin. Over the years I had glimspes of it on tattoos that family and friends proudly adorned. I carried a print out of the script and a deep curiousity of how it worked. With the internet I had been able to teach myself the basics.

END_OF_DOCUMENT_TOKEN_TO_BE_REPLACED

Most of my Baybayin work is masculine with broad black strokes. Here’s a girly style using sweet little hearts as kudlits.

Didn’t know what to write….ewan ko

I’ll be hanging out at the premier Filipino clothing store “JJ Clothing” at Great Mall, Milpitas, CA providing FREE name translations and talking Baybayin. Drop by and learn the basics of our pre-Filipino writing system. Free worksheets and other goodies.

The store is right across Jollibee and next to Starbucks.

Here’s what I was giving out during my events last year. I still have rolls of stickers for the 2009 spring/summer season.The 1st event should be posted next early next week (just waiting for confirmation).

Came across this documentary today. I badly want to see this. Too bad it’s not on DVD yet. It was released 2008 in the Philippines and directed by Roxlee.

The filmmaker’s personal search for Baybayin or Alibata, the original Filipino writings before the Spaniards came and colonized the Philippines in 1521. The search will determine of such ancient alphabet still exists and practices all over the archipelago.

In an ongoing effort to teach my kid Baybayin, I’ve tried worksheets, tracing, magnets and the other usual techniques. Here’s something I was thinking of last year while brainstorming with my festival partner, Ray from Malaya Designs. I eventually made a magnet Baybayin characters for the workshops we did at the Pistahan Festival last year. Here’s an early shot of the work in progress.

Pacquiao in modified Baybayin. PA-K-YA-W. This is one of a few ways to do it. 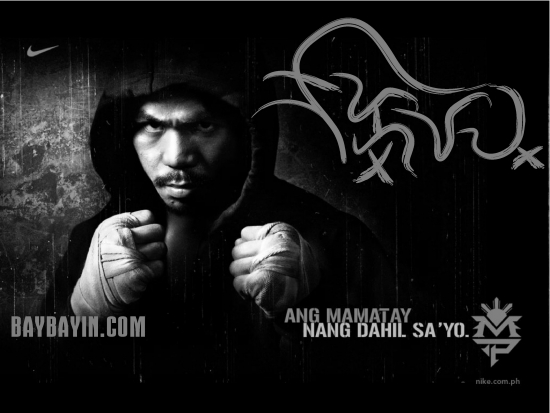 A collection of my Baybayin scribles. Download a high quality print at my.Baybayin.com

I’ll be facilitating FREE online Baybayin workshops soon. Space will be limited. Sign up for the blog newsletter to keep up to date.